If you're a potato fan (and that's pretty much all of us!), visit wheelchair accessible New Hampshire and thank the state by spending some time there. While Idaho is famous for potatoes, the very first potato planted in the United States was in New Hampshire at Londonderry Common Field in 1719. Pay your respects to the birthplace of the American potato, and enjoy the charm of New Hampshire!

For starters, it's important to mention that New Hampshire has several spectacular state parks, all of which offer different degrees of accessibility. If you and your family are avid campers, head online to see which one you prefer.

Capitol Center for the Arts, Concord 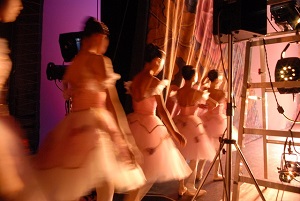 Opened in 1927, the Capitol Theatre was a major stop on the Vaudeville Circuit. Today, with events like A Tribute to Benny Goodman, Bill Maher, Celtic Thunder: Mythology, Shakespeare's Othello, Bob Marley, comedians Bill Cosby and John Pinnette, Swan Lake and West Side Story, the Capitol Center for the Arts in New Hampshire's capital has something for everyone! Check their web site for the performance schedule, so you can plan to attend during your vacation.

The theatre district is home to several hotels and restaurants, so you can stay in the city and grab a bite before or after a show. The Center is fully compliant with all accessibility requirements, including plenty of parking for your and continues to make improvements. They do ask that you arrive one-half hour before the performance begins to make sure you're seated comfortably. 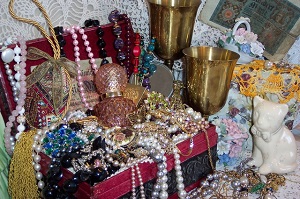 You'd expect a state that's one of the original 13 colonies to have some superior antique shops, and New Hampshire doesn't disappoint. If you're an antiquarian, this is the place to to be. The Concord Antique Gallery has been voted the Best Antique Shop in the region four years in a row. You'll find more than 155 dealer spaces, with "pristine" merchandise arriving daily and fresh-brewed tea and coffee always at the ready. The Gallery is open seven days a week, 360 days a year.

Of the Gallery, a local publication says, "WARNING: This is one good time you could get lost in--but it's worth it.." The climate-controlled, well-lit antique shop is two stories, and both are wheelchair accessible. "Antiques Roadshow", here you come!

Have an affinity for art? You'll find a wealth of American and European paintings, sculpture, photographs, and decorative arts here. See works by Picasso, O'Keeffe, Monet, LeWitt, Wyeth, and others. Their exhibitions include titles like Visual Dispatches from the Vietnam War, Dutch and Flemish Masterworks, and you can browse their collections of Modern Art, Contemporary Art, and New Hampshire Art & Artists.

If you love architecture, you'll be happy to know the museum also offers tours of the nearby Frank Lloyd Wright-designed Zimmerman House, with reservations required. Wheelchair accessibility is a priority at the museum. There's plenty of accessible parking, and the facility includes wheelchair accessible lockers, should you need one. 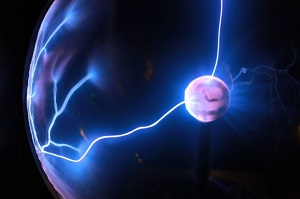 Two floors of hands-on science fun, and it's all wheelchair accessible for amateur scientists of all ages--but kids really have a good time here! Their hands-on exhibits cover topics like forces, light, simple machines, sound electricity, and more. On permanent display is the LEGO Millyard Project--it's"the largest permanent LEGO installation at minifigure scale in the world!" Built with about three-million LEGO bricks and 8,000 mini-figures, Manchester's built-to-scale Amoskeag Millyard, as it looked in the early 1900's, is a sight to behold.

The Center was voted the "Best Place to Take Your Kids in Manchester" in the 2013 Best of Reader's Poll.by readers of New Hampshire's weekly newspaper Hippo. Have some educational fun with your kids at this wheelchair accessible science center! 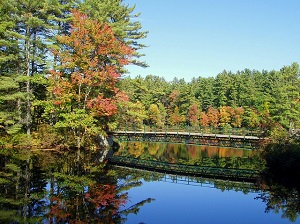 Billed as "an old-fashioned railroading experience, the Conway Scenic Railroad departs from the North Conway train station (circa 1874) and features vintage railroad cars (most from the 1920's). You'll have a choice of excursions--some that take you "over the river and through the woods", and some that take you past "some of the most dramatic natural scenery in the East", with steep ravines, panoramic mountain vistas, sheer bluffs, cascading streams and brooks, and across the Frankensten Trestle. Did that last item make you want to ride this railroad even more? Thought so!

Needless to say, autumn would be the ideal time to take a New Hampshire vacation if you want to see those mountains and woods in all their vibrant, fall splendor. Just keep in mind that the New England autumn starts early--fall color peaks sometime in early September.There is wheelchair accessibility, but it is limited. Call to make a reservation and let them know you'll need wheelchair access. They'll be happy to accommodate you. 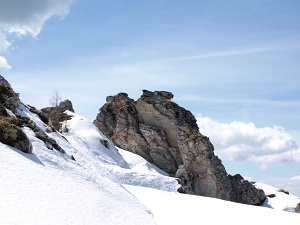 The first page of their web site says, "Bitter cold, dense fog, heavy snow, and record wind...6,288-foot Mount Washington is the Home of the World's Worst Weather." Seriously. That last italicized part is service-marked. Now that you know to head there for a summer vacation (it's open to the public from mid-May to mid-October--weather permitting), you'll find the observatory an extremely interesting place. The non-profit Mount Washington Observatory has monitored the weather in this extraordinary location since 1932.

Besides the breathtaking view waiting for you atop the mountain, there's also a museum and the Weather Discovery Center, where you can learn about climate and weather through fun, interactive exhibits that include an air cannon, flow tank, and wind room (prepare to be blown away!) It is, indeed, wheelchair accessible. Just call first to get the scoop on the best time to visit--and what to wear! 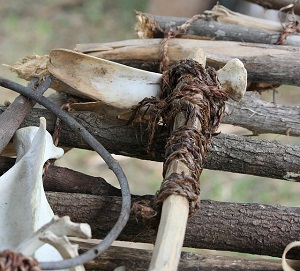 Connect to 20,000 years of "ongoing Native American cultural expression!" Based on respect for nature, the museum is a catalyst for cultural diversity and an advocate for responsible environmental action. Inspired as a schoolboy in 1929 by the words of Grand Chief Sachem Silverstar, museum founder Bud Thompson created a place where everyone can benefit from the chief's message--the uniqueness of every individual and our connectedness to all other life, and the special power and talent within each of us that can make the world a better place.

The first arrowhead Thompson found after hearing Silverstar began a collection of Native American artifacts that has grown significantly over the years. The museum's galleries, gardens, and grounds are teaching tools and tranquility zones. It's called a "Museum with a Voice", because it passes along Silverstar's message. They're closed from mid-December through April 30 (no surprise there!), and the galleries are fully accessible. 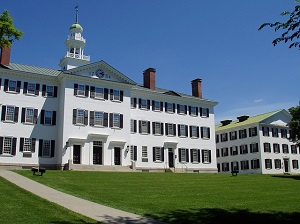 Immerse yourself in the Ivy League! As one of the eight long-established, prestigious colleges and universities (the others include Harvard, Yale, Princeton, etc.), Dartmouth College, originally founded as a school to train Native Americans to be missionaries, is now a private research university that's been educating students since 1769. The original buildings are designed in Georgian American Colonial style, and the campus is, as you would imagine, quite accessible.

Call ahead for a campus tour, given by a student who will also describe what student life is like at the College, or tour the campus on your own. You can have a meal in one of the dining halls and head down to the Dartmouth Bookstore to pick up a Dartmouth T-shirt or sweatshirt. You'll feel like a genius just wearing it!

Castle in the Clouds, Moultonborough 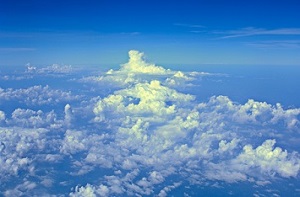 Officialy named Lucknow Estate, the magnificent setting and stupendous view compelled visitors to call it the Castle in the Clouds since in opened to the public in 1959. Built on 5,500 acres in 1913-1914 by Thomas Gustave Plant, who made his fortune in the shoe manufacturing industry, the Arts and Crafts architecture expresses the artistic movement's philosopy of living in harmony with nature. Every inch of the 16 rooms in the mansion, featured in the TV program America's Castles, is a testament to the skilled hand craftsmanship of the day.

Take a tour. Explore the grounds. Visit the Art Gallery in The Carriage House. Check out the museum. Enjoy a meal at The Carriage House Cafe. Savor the views of Lake Winnipesaukee and the Ossipee Mountains. You can even bring your dog (on a leash, of course!) The tour starts The Carriage House, where a trolley (not accessible) takes visitors to the estate. To tour the mansion, visitors with limited mobility or who require assistance may request an “Assisted Drive” and follow, in their own car, the trolley up the Castle Road. Once there, you have access to the grounds and the first floor of the Castle in the Clouds. It sounds like just the view would make it worth the trip! 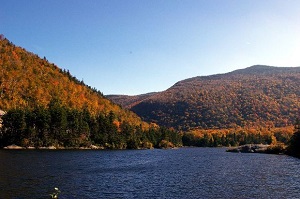 Lake Sunapee is so lovely and tranquil that Aerosmith rocker Steven Tyler has a house on its shore. Sunapee Cruises has a wheelchair accessible boat that navigates the lake while you take in the stunning scenery and listen as the captain chronicles the history, lore, and landmarks of the crystal-clear, mountain lake. (Maybe you'll get to see Steven Tyler or, at the very least, his shack on the shore!) The large, glacial lake has eight islands, several peninsulas, and lake fingers (long, narrow lakes). Native Americans called the lake Soo-Nipi, which means "Wild Goose Waters", because of the many geese that flew over the lake during migration. As most of the attractions in New Hampshire, Sunapee Cruises operates during late spring through late autumn.

Vacationing (when you can sleep late every morning!) in New Hampshire is both amazing and ironic--because Levi Hutchins of Concord, NH invented the first alarm clock in 1787. Go. Enjoy the scenery and these accessible attractions. Throw the alarm clock out the window!